There’s no denying that Singapore continues to be the best country to incorporate and start a business in all of Southeast Asia. As a result, Singapore has seen an influx of foreign companies looking to take advantage of the country’s economic strength in the region. And for a good reason, too, especially with the ease of incorporating a business and its enticing corporate tax laws.

However, incorporating a business and getting the company started is just the beginning of a long list of requirements to fulfil. For example, an essential requirement that often gets less attention is the appointment of the company’s corporate secretary. As a company incorporated in Singapore, the nation’s Accounting and Corporate Regulatory Authority (ACRA) mandates that a corporate secretary be appointed within the first six months of the company’s official incorporation.

Myths About the Corporate Secretary

A Company Secretary is a Glorified Personal Assistant

Unless there’s a better understanding of the role of a corporate secretary, most people would assume they only play an administrative role. They only see them as PAs with their own office space in the company’s building.

Although the secretary’s duties would need them to coordinate and plan company meetings, send notices, and take minutes during meetings, it also goes beyond these. Company secretaries act as compliance officers of the company.

Part of their statutory duties is to understand the relevant corporate laws and the company’s constitution and accordingly advise its executives about their responsibilities under the law.

Anyone Can Serve in the Capacity of a Corporate Secretary

Performing administrative duties may seem to only require certain qualifications and an understanding of basic accounting and administrative skills, but acting in the capacity of a compliance officer requires much more. To function effectively, corporate secretaries need to understand corporate laws and sometimes have the required academic and professional qualifications to match.

They are Only Needed to Start a Company

It’s no secret that incorporated companies in Singapore must abide by ACRA’s mandatory rule of appointing a corporate secretary within the first six months. So, it’s understandable how and why this myth has survived this long.

However, appointing a corporate secretary goes beyond ticking off one of ACRA’s requirements. Corporate secretaries play an integral part in coordinating the business’s schedules and ensuring the company stays on the right side of corporate laws, which do have very long arms.

Although not often given their due accolades, corporate secretaries are as important as any company’s executives and other key staff members.

Most would agree that corporate secretaries are essential to the continuation and coordination of a business and its activities. This is an indisputable fact that all company executives should come to terms with. However, there’s no downplaying the fact that keeping them on the payroll is an added cost to a company.

Larger companies may be able to shoulder such costs, but smaller businesses will struggle eventually. For these small businesses, there are corporate secretary outsourcing services to utilise. This way, they do not have to retain the services of a full-time secretary but can simply outsource it whenever such a service is needed.

A Corporate Secretary Must Hold a Law Degree

Corporate Secretaries are Not Known to be Tech-savvy

There must be a negative bias towards corporate secretaries for this myth to have survived this long. However, in today’s world of continued technological advancements, almost everyone has caught on with the technology needed to function in all aspects of life and particularly in business and industry. The same can undoubtedly be said about corporate secretaries. Having technological skills is no longer an option but a necessity!

Irrespective of people’s perception about a company secretary, they are well-versed and highly adaptable to environmental and business changes. In addition, it’s common to see professional corporate secretaries having the necessary technological skills to perform their duties.

Corporate Secretaries Are Only Hired Internally

It should be no surprise that many think companies will choose and promote an old staff who understands the company rather than hiring externally. However, the process of hiring corporate secretaries is not cast in stone, and company executives should make decisions that would enhance the company’s performance.

Since many company secretaries double as general counsel, companies can decide to outsource and hire a professional with the requisite skill and qualification instead of settling for less. On the other hand, promoting and hiring internally would make sense if a staff member has the required skill and experience.

The bottom line is that a company looking for quality corporate services would do better if they invest in a professional with the necessary skills and qualifications than simply settle for any available staff.

It’s easy to see why the myths surrounding corporate secretaries have lingered on. They are usually not at the forefront of business management and are occasionally regarded merely as Personal Assistants serving within companies.

Debunking these myths opens new perspectives into the role of corporate secretaries and the dedicated service they often provide. Ultimately, these well-versed professionals should be recognised for playing a crucial role in coordinating administrative functions and guiding a business on the best corporate practices to follow. 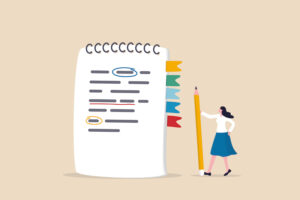 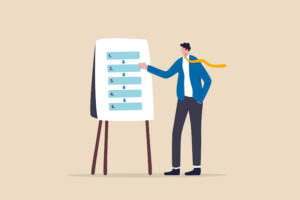 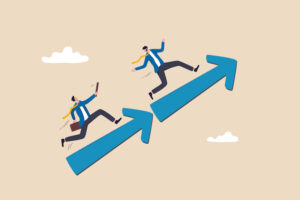